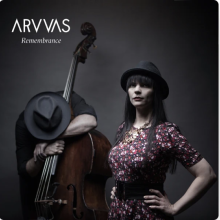 Hey let me tell you the tale about Mary Lee,

The tuffest braud in history,

She turned any spot into a danger zone, singing…

One day she ran into an unfortunate dude

That was busking out of tune on a Bach prelude

His hat was empty, his name was Hank, She said:

«Hey punk lets rather go and rob a bank», singing…

So he swapped his cello into a gun

Yeah, Hank was ready for a place in the sun

Mary prepared him for his task

An made him wear an Einstein rubber mask, singing…

Well, that's the way to do it, he got the cash

But he was not prepared for the sudden bash

He had to yield to the superior force

And Mary took the gun and the money off course, singing…

Mary took a few more banks on the row

Before she went down to Mexico

There she ran a mob, put up some factories

She was hands on trafficking and the brews

And when Hank one day showed up in her bed,

She put his ass on the streets and got out of the red, singing…